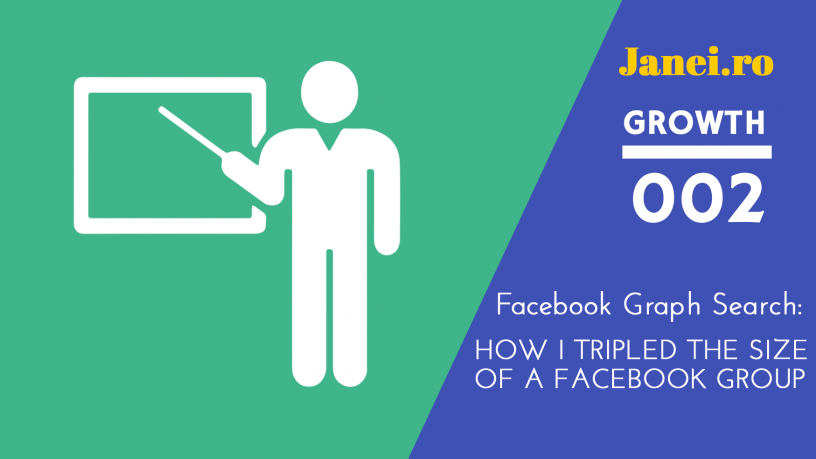 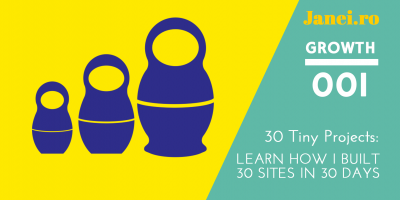 This post is part of The 30.000 Word Challenge. See all the articles in the series!

My story has 3 elements: the platform, the knowledge, and the pupil.

1. The Platform (That Sparked My Curiosity)

In June of 2014 I was riding high on the idea that I could make money teaching online. In March of that year I had joined Udemy, an online marketplace for instructors and students. Or I should say – online instructor and students. Anyone with a computer and a basic knowledge of using PowerPoint, video recording and editing software, could potentially make money on the platform.

In March 2014 I only made $4.50 with a course on Facebook Ads. The next month is when the shift happened – $71.41 for a course I wasn’t really satisfied with. That’s when I knew that this wasn’t just a passing phase and that online teaching could become mainstream. It was then only up to each individual’s ability to maneuver through the digital landscape and come out as a winner.

Udemy has a very popular facebook group that I joined right away. There – helpful instructors and countless stories of success. One in particular caught my eye, as the sums were in excess of $1.000/month. And since I had started reading Noah Kagan’s blog, that was a number that really drew me in and made me pay even more attention.

But this isn’t a story about online courses – I’ll leave that for another article. Time to move on to our second element of the story.

2. The Knowledge (That Growth Is Attainable By Anyone)

I also started hanging out around Inbound.org and GrowthHackers.com around that time. I say “hanging out”, because I wasn’t contributing anything to those communities. Then again, how could I? Like the entrepreneur advice blog I had started, I had no real skills to talk about.

Content Marketing and Inbound Marketing were things I understood right away. It was creating value for users and thinking long-term. It was being obsessive with quality, but still focus on your brand and end goal.

Growth Hacking was not really something that attracted me at first. I put it in the same brain box as “network-attached storage (NAS)”, “leads” and “Customer Relationship Management (CRM)”. As a side note – I’ve grown fond of all of those since.

Not being attracted by Growth Hacking didn’t mean I didn’t see its purpose or beauty. The same way I can’t paint, but can still appreciate the Mona Lisa.

Over time, it almost felt like an itch. I had to experience Growth Hacking for myself. Otherwise, I wouldn’t be able to come back to those online communities and truly understand what they were all about. And since my Udemy days, I’m all about contributing and teaching others, so I was eager to try something for myself, then come back and tell this story.

3. The Pupil (In Search Of A Cure For His Itch)

Now that we have our first two elements in place, we need the last one to put them all together. I was a newbie at creating courses (only had 1 back then) and I was a true beginner when it came to Growth Hacking (I hadn’t used any tactics successfully).

Because I started seeing more of my fellow Romanians in the official Udemy facebook group, I thought about a place where we could all talk and share ideas. But as a scared or shy person that I was, I hoped someone else would gather the troops. Handling communities online is incredibly hard – see the disaster with YouTube’s comments, the back-and-forth on The Verge’s articles and the struggles of managers like Nichole and Mary.

Like many times before, my gut was telling me I had to do this. I should be the one to lead these people to the promised, Romanian-language speaking, land.

I created the “Udemy Romania” facebook group immediately. I then invited the few Romanian-sounding users I could find on the official Udemy facebook group and all of them decided to join. I continued this until there 17 of us total. 17 is not a large number – you know that and I know that.

A few weeks went by and the community was thriving, as we were posting messages, sending free coupons to our courses and we were a happy bunch. I knew I wanted to take this even further so I first tested an idea: talk to each of the members and convince them to get more Romanian instructors into the group. To no avail. As opposed to other types of activities (running, going to concerts, seeing a movie), teaching online is a rather solitary one. Not only that, but most people don’t have 3-5 friends who share their passion. So the group didn’t grow out of that.

Introduced in 2013, Graph Search was a great improvement over the regular search that facebook used until then. Now you were able to use operators and really find what you were looking for.

Some examples of useful searches:

For me, that useful search was:

That meant that there was a strong possibility that they were also instructors or thinking of becoming one. They were also from Romania, so I narrowed my search by interest and location.

There were about 100 matches and I wanted to contact them all. It about 10 o’clock at night so spending more time looking for a way to automate the process wasn’t going to cut.

I had to go back to the essence of Growth Hacking – doing things that don’t scale. I friended or sent messages to about 50 people in a row. That’s when facebook notified me that there were too many messages sent from my profile and I had to wait 15 minutes before I could send more. There was a tingling in the tips of my fingers and a large smile on my face. This is what breaking things looks like.

It took me two hours to filter through all the replies and I could already see the group growing, little by little. About 24 hours later there were 51 members total, resulting in an increase of 200%!

That was a great night to rest my head on my pillow – I had finally achieved something worth talking about. I used that story to get a gig creating an ebook, writing other articles and gaining access to private groups. Sadly, Facebook Graph Search has been severely limited in functionality, mainly due to concerns over privacy.

And so, the pupil found the platform and gained the knowledge to create a community around a common goal: educate and entertain future generations.

What’s your first Growth Hacking story? Comments are open and I’m looking forward to what YOU have to say.
Related Posts

How I Made 1000 Dollars A Month Using The Whiteboard Method

How To Be Nice To Companies And Get Free SWAG

How I Learned SEO

How I Started Podcasting (Plus Access To My Tools And Framework)

Why Is 7 Better Than 6? How To Write Effective Blog Headlines – Part 1 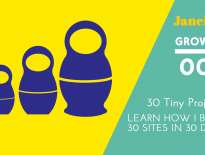 Growth Hacking How I Built 30 Websites In 30 Days
2

You can find out more about which cookies we are using or switch them off in settings.

This website uses cookies so that we can provide you with the best user experience possible. Cookie information is stored in your browser and performs functions such as recognising you when you return to our website and helping our team to understand which sections of the website you find most interesting and useful.

Strictly Necessary Cookie should be enabled at all times so that we can save your preferences for cookie settings.

If you disable this cookie, we will not be able to save your preferences. This means that every time you visit this website you will need to enable or disable cookies again.

This website uses Google Analytics to collect anonymous information such as the number of visitors to the site, and the most popular pages.

Please enable Strictly Necessary Cookies first so that we can save your preferences!